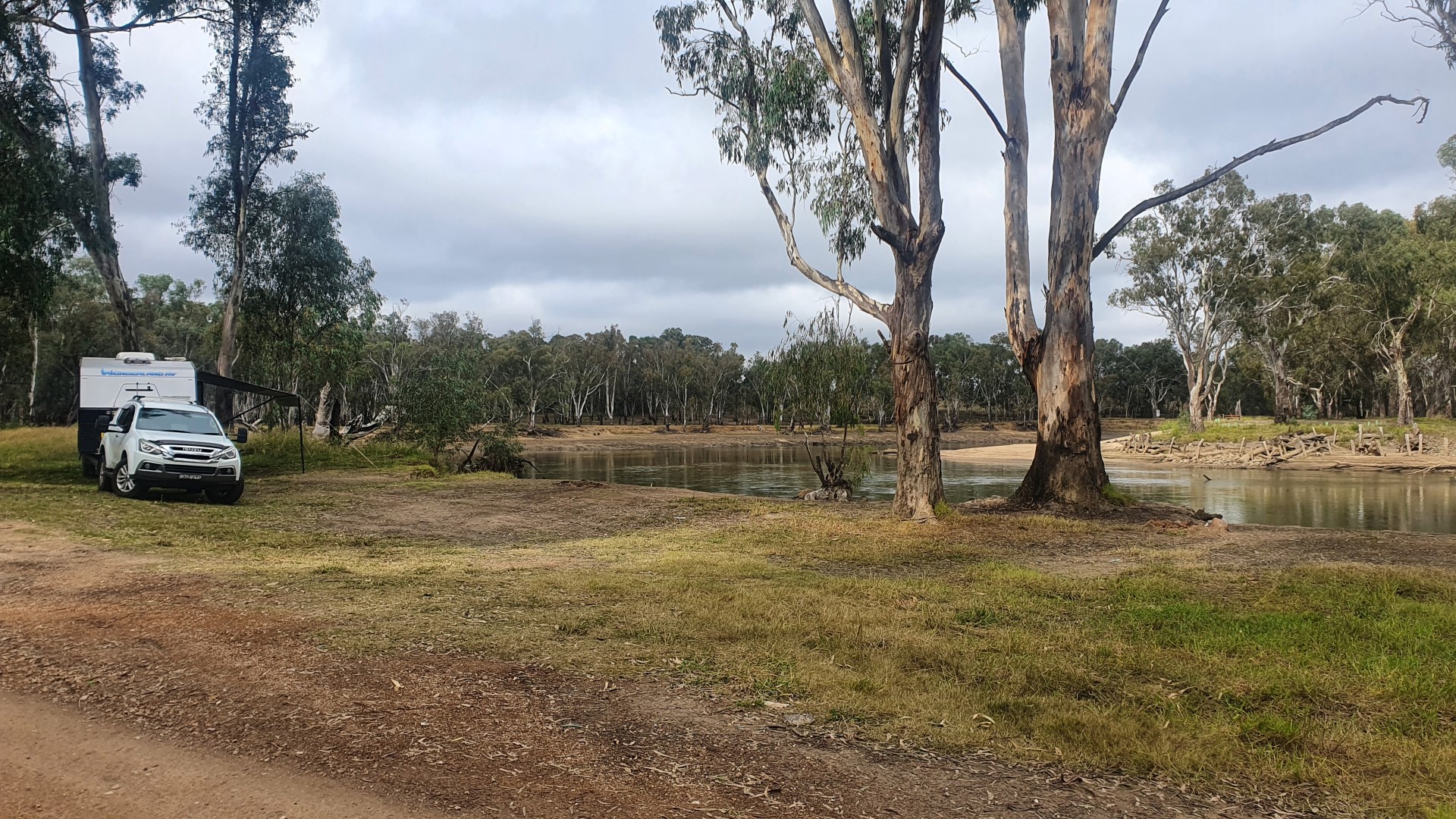 I wake around 1.  It seems calmer again, or is that maybe more the case that I’m getting used to it?   Wake again at 3:30, we’re already inside the bay.

Up at 4:30 to beat the rush.  After getting ready I go out on deck, expecting cold and windy, I get nether.  It’s actually warm.   Port Philip Bay is a millpond, I don’t recall ever seeing a body of water this big, this calm.

We dock bang on 5:30, and get the notice to go to the cars around 5:40.   The Jayco in front of me, came within millimetres of collecting the truck next to him. We drive off and even though I’ve got the GPS going, I must miss at least 3 critical turns as I’m not in the right lane at the right time.  I eventually find my way onto the freeway and start heading to Campbellfield to get the van brakes done.  I figure after that Tassie run, If I didn’t need them before I will now.

The guy arrives at 7:30, and starts to do the brakes. One tyre has a massive flat spot on it.  The wheels did lock up a few times, with one long lockup that I can remember.  I wouldn’t have thought it would cause that much damage, but there you go.  Must have been the same spot over and over again.  So the spare on and I’ll need to get a new tyre when I get back home.

Finally, around 3, I get to leave.  I really want to make it back to the Murray, outside Wahgunyah.  I know the area, there should be heaps of room, but it’s going to be close to 3hrs of driving.  It’s already been a long day, and by 6pm it will probably be dark.

The traffic out of Melbourne is busy, but not bumper to bumper.  Fuel up, and Past Seymour.  Two hours to go.  I sit in behind a few trucks, it’s less about the slipstream, but it gives me something to pace myself against.  Most are speed limited to 100km/h

A quick stop north of Glenrowan, there are some really dark clouds up ahead.  Almost instantly it seems like night has arrive and we start to get some rain.

Off the highway just north of Wangaratta, and while the rain has stopped there is a lot of water on and beside the road.  Speaking of road, this section is absolutely dead straight for what seems like 10-15kms.

Eventually, just after 6 I arrive at the campground, it’s dark, so that doesn’t help.  There is a lot of water in the potholes, but the track itself seems pretty dry.   I think I see some camp lights right up on the point, but other than that the ground seems empty.  I find a spot about halfway along and back in, which in the dark beside a river is a little interesting, the reversing camera does nothing in this light.

I pull up and after a few shuffles, we’re pretty damn level.

It’s a long day, and I’m pretty buggered.  So a beer, and bit of TV, I couldn’t manage a fire, and an early night.

During a bit of a break, I walk up to the next point where I camped last time.  I try to line up with an old a photo for comparison.  It’s such a difference. 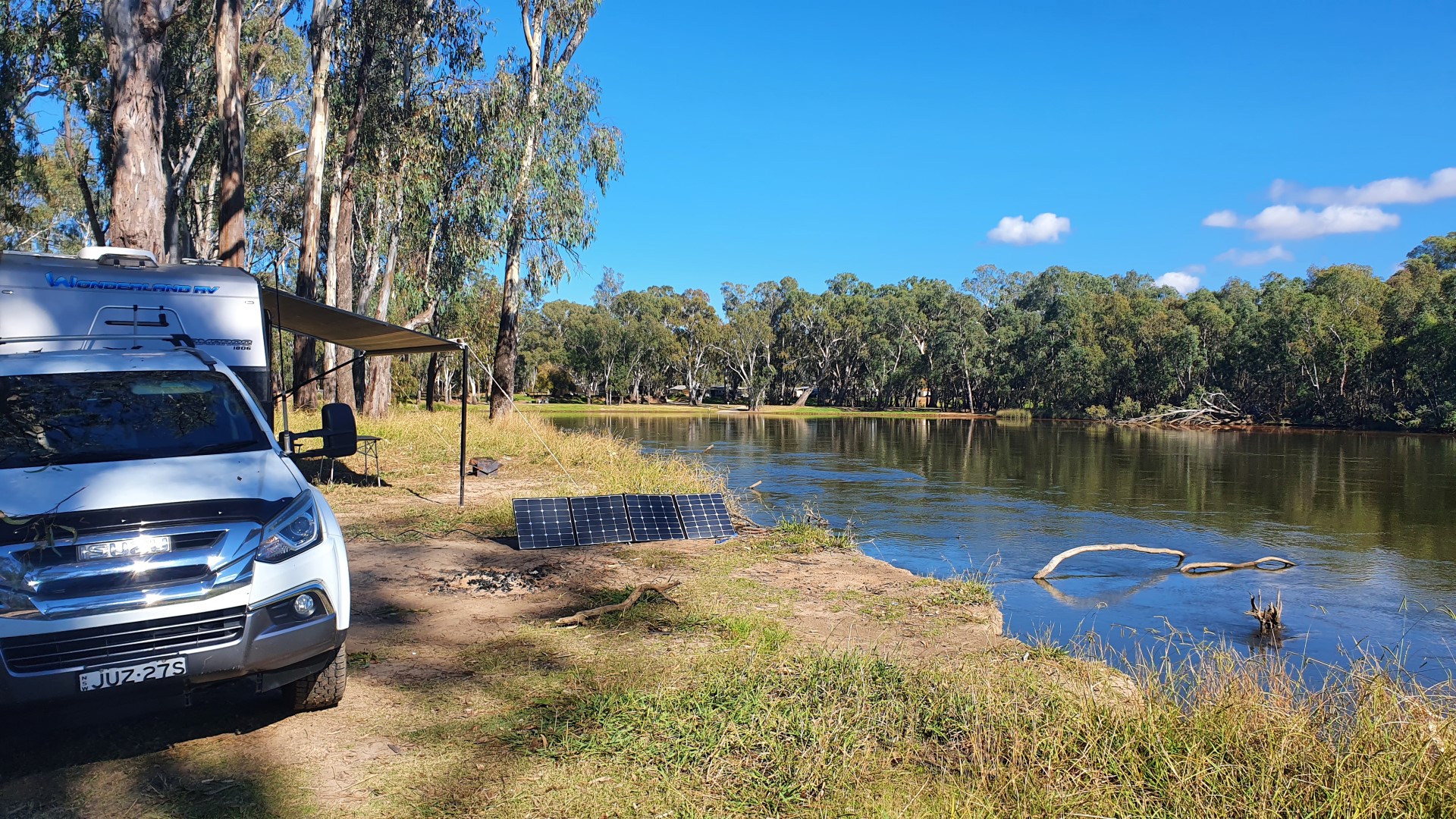 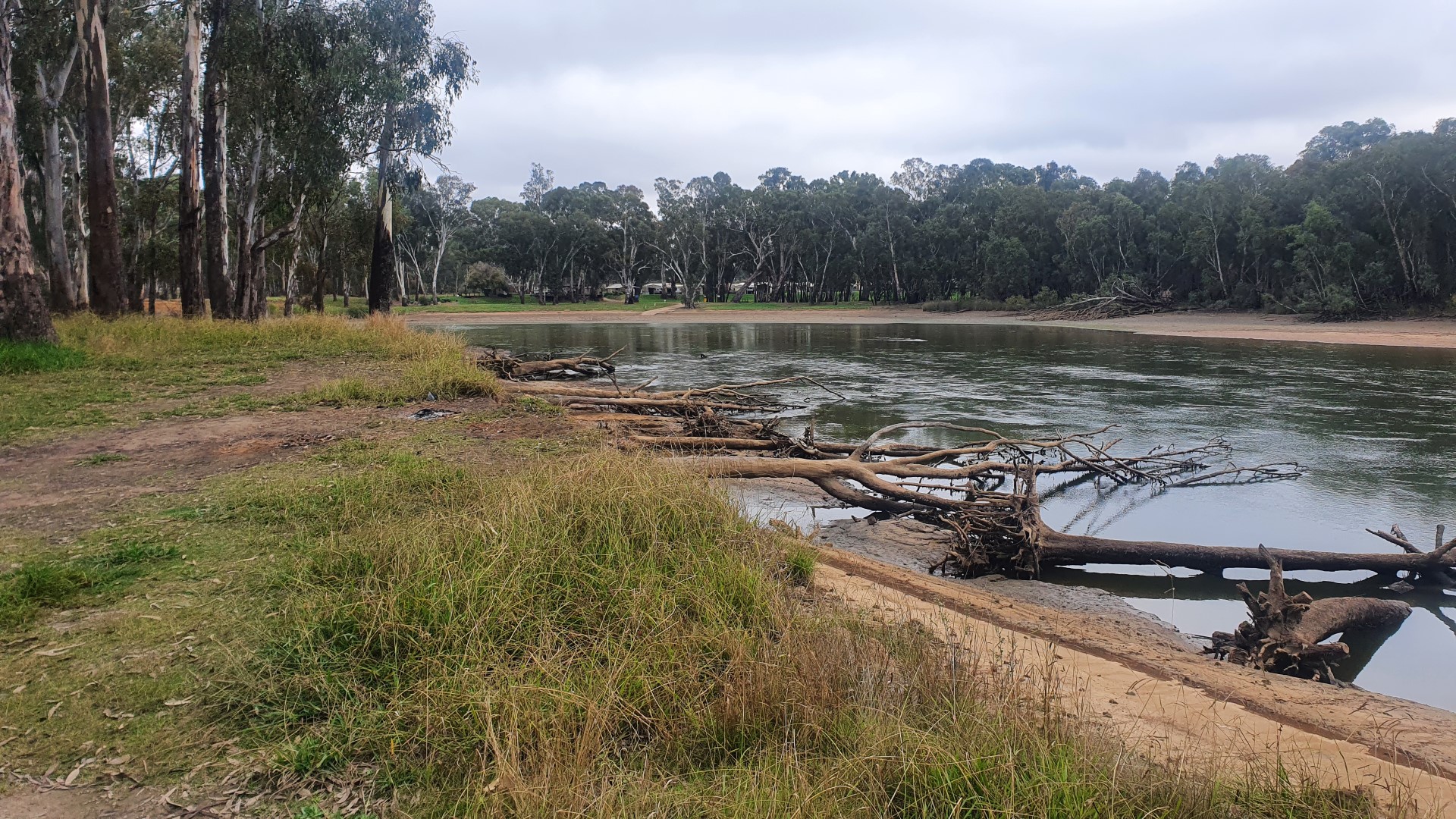 A few trees, root systems have eroded away, and you can’t help but think they’ll fall into the rivers sometime soon.

The hippy family with the dogs are still here, although I’m sure they move the van a little.

I get the fire going a little earlier than normal, I’ve got close to a bag of wood, and there’s not much point taking it home.

Overnight it rained a fair bit and around 2ish the wind started to pick up.  I had the front awing support on the ground, and it was flapping a fair bit, so I raise the leg back into position.  The rain is pretty heavy, so I’ll leave the awing out for the time being to keep the ground as dry as possible.

A cool morning, but the sun is trying to make its way out.

Breakfast, pack-up and I try and leave the awning as long as possible to dry out.

The puddles and potholes are fuller this morning as I pull out at around 9:30

A reverse of the first day, 300 odd km and I fill up at Yass again.  There was some accident, I think a truck veered into the centre median.  It seemed to have been cleared, but the traffic was still banked back a few k’s.  We’re through it faster than I expected.

On the run though Campbelltown and Liverpool the traffic gets busier as expected.  I arrive around Hurstville, and I realise, there is an option for the M5 or the M8.  I thought one was and extension of the other.  I choose the M8 as I suspect this should get me to St Peters/Alexandria which is closer than Arncliffe.

Finally home around 4:30 and am I glad to be home and have that drive behind me.  We get out the essentials and we’ll leave the full up pack till tomorrow.

I’ve been away for almost a whole month, it doesn’t seem that long.

A really great trip.  So good to see Tassie once more.  I hope to get back there again, sooner than 2040 too.