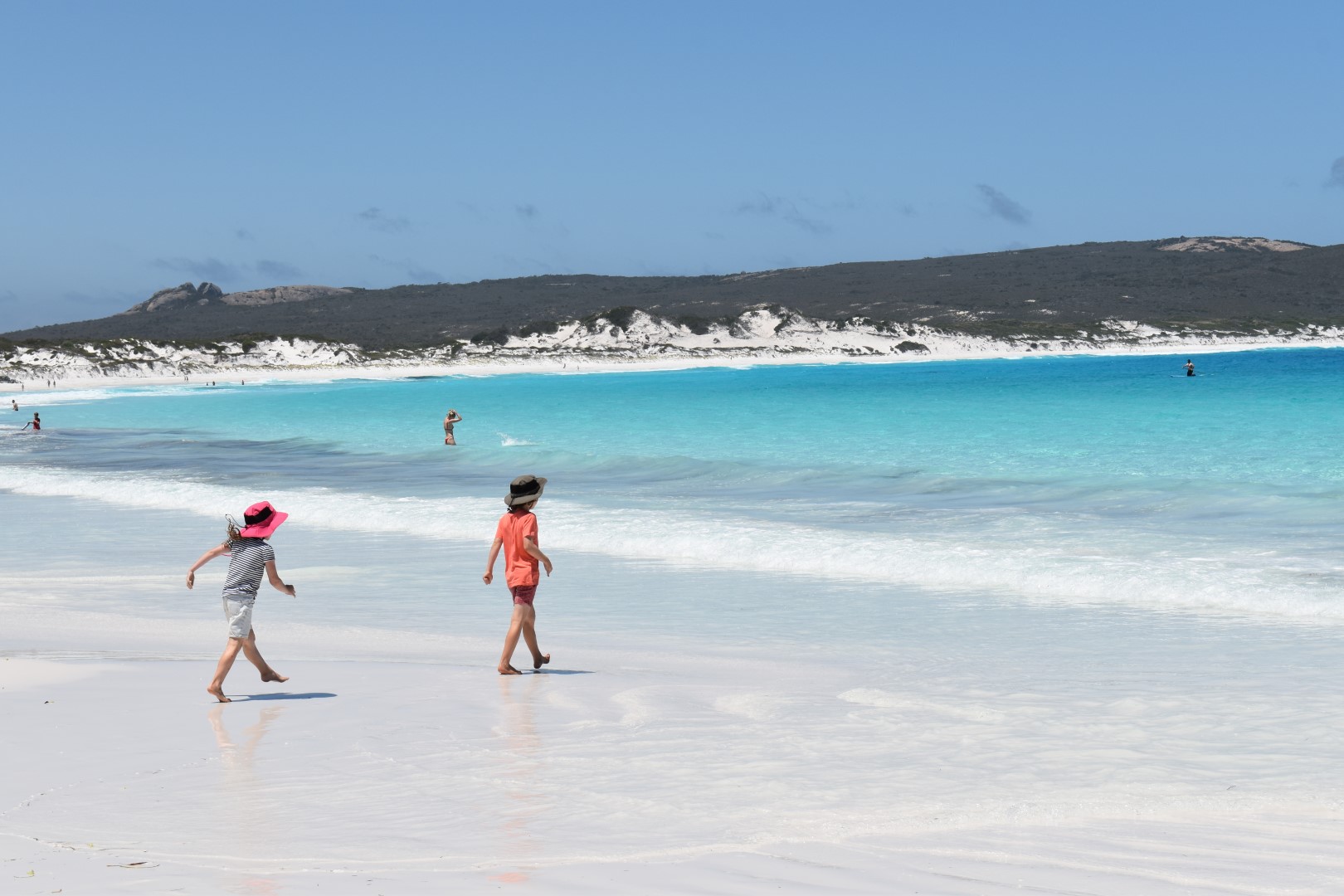 We take a loop out west of Esperance, via Pink Lake, only this one isn’t pink any more (the 2018 brochure still shows it as pink, but the sign says it hasn’t been pink in years, Mmmmm)

END_OF_DOCUMENT_TOKEN_TO_BE_REPLACED 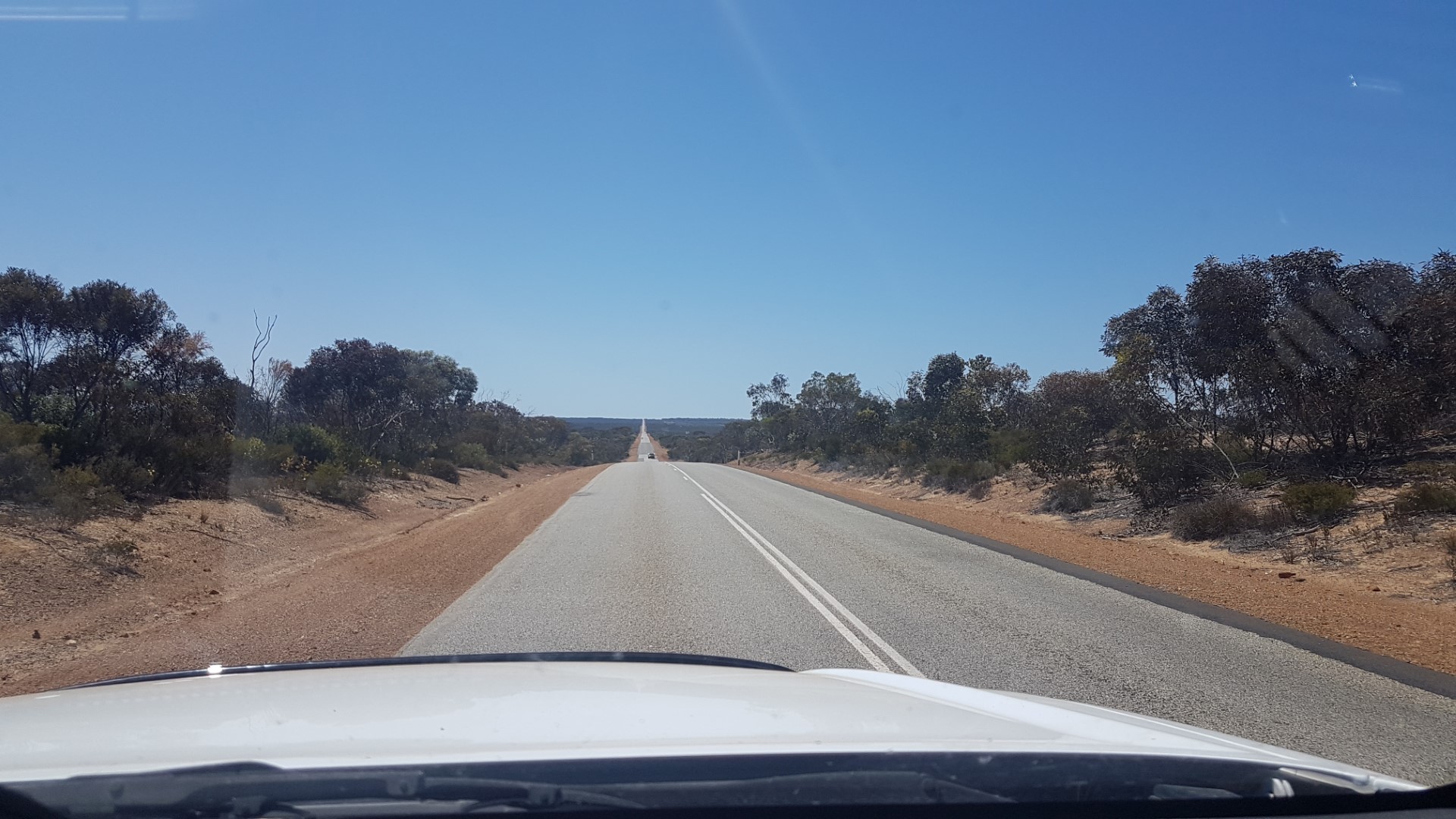 Were up earlyish, I’m surprised the road noise hasn’t been worse, but it was OK. We walk across the road to the BP road house, to our surprise the place is packed, there must be 20 people, so there goes a morning coffee.

END_OF_DOCUMENT_TOKEN_TO_BE_REPLACED 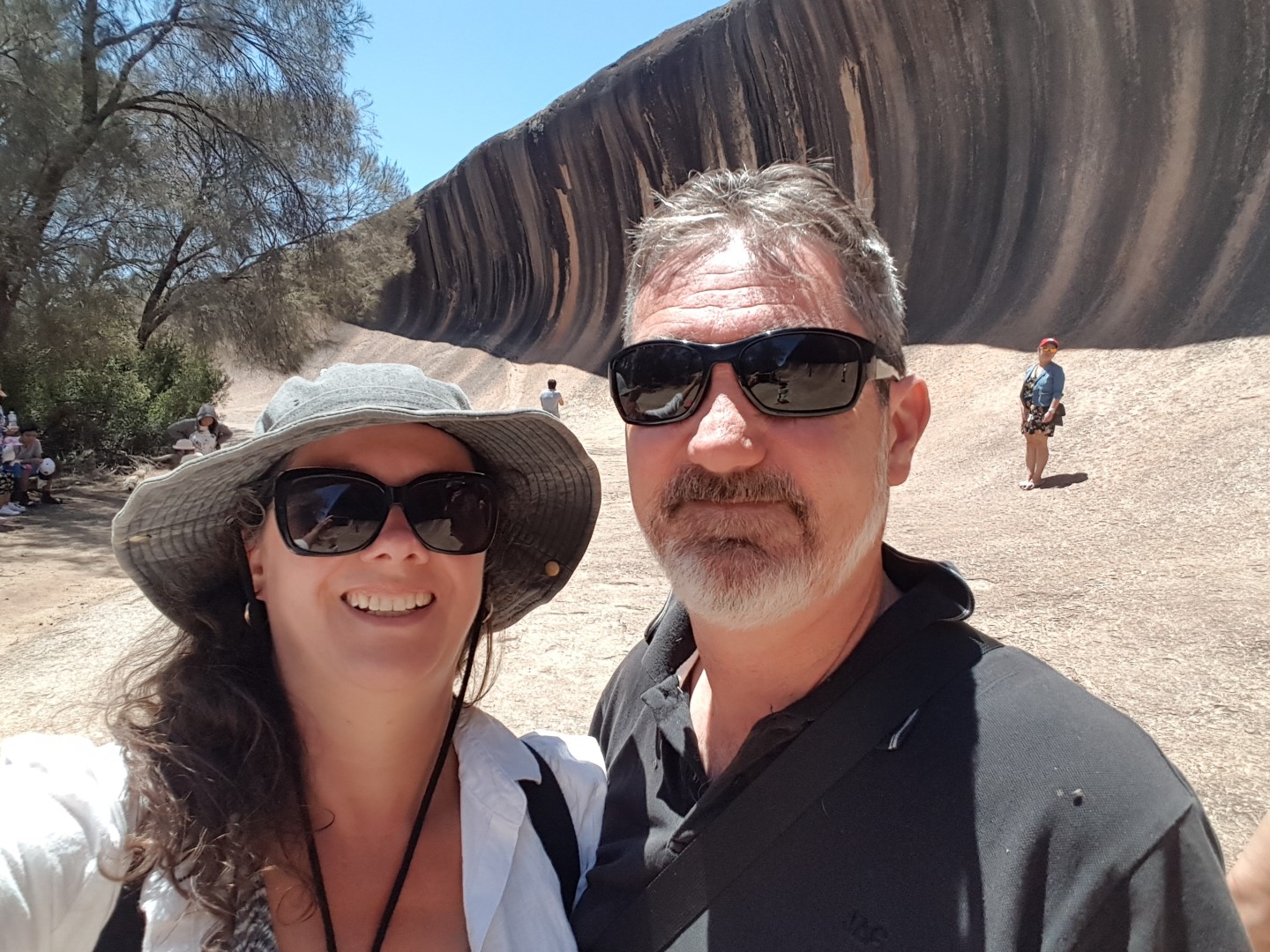 A nice quite morning. We want to hit the road reasonably early. We think we want to try and get to Esperance on the 30th, The showground is operating as overflow camping accommodation, you can’t book, although I’m told by the local Visitor’s Centre that there is plenty of room. Esperance has a fireworks display on so I want to be sure we’re OK, so arriving the day before is prudent.

END_OF_DOCUMENT_TOKEN_TO_BE_REPLACED 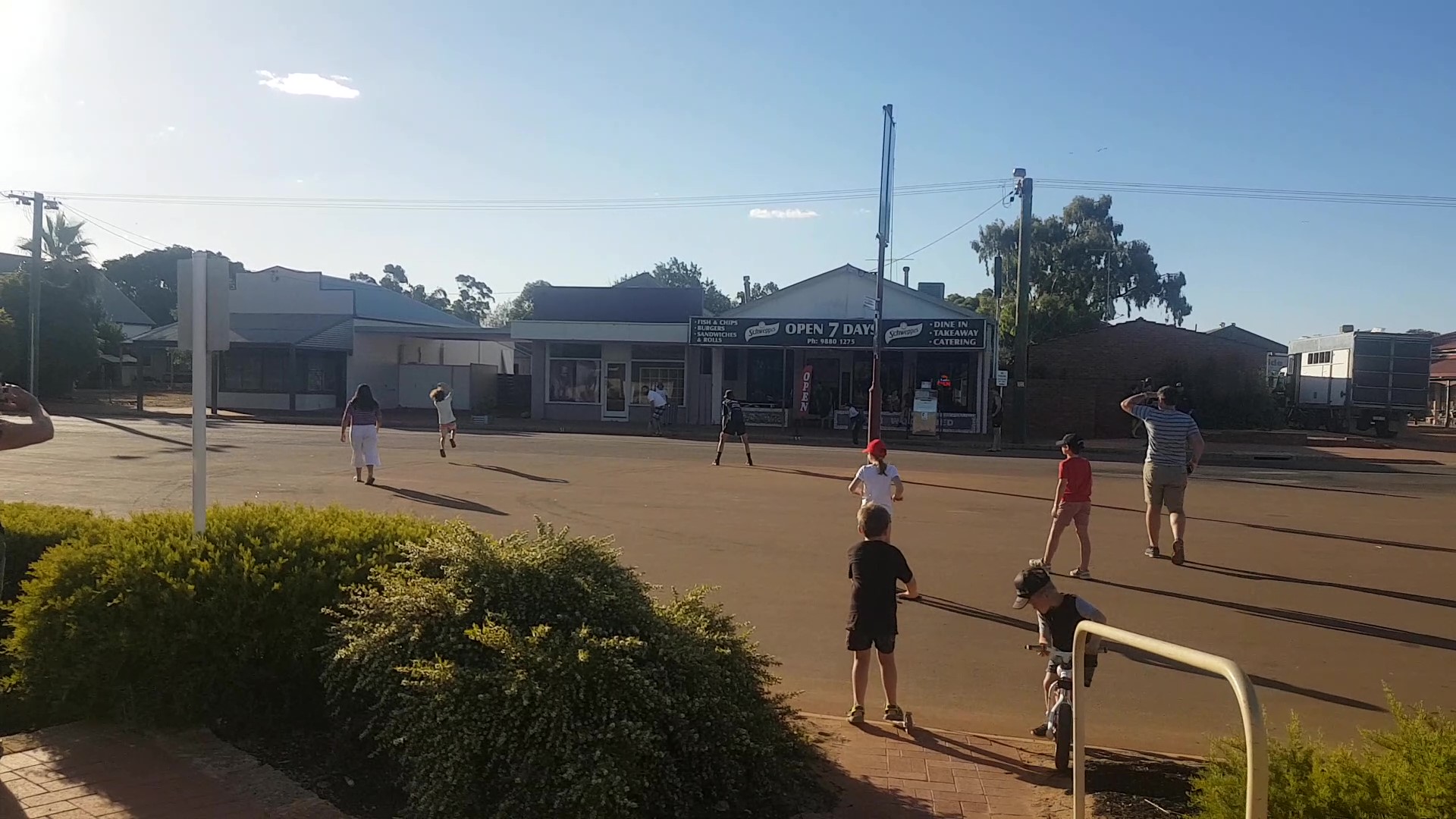 It’s been a great Christmas, having not yet seen Esperance, I’m really happy we had Xmas here, Albany’s been great. But it’s time to hit the road again. It’s rained overnight and we needed to do some early morning shopping, so packup is a little more difficult and it’s just after 10 as we roll out.

END_OF_DOCUMENT_TOKEN_TO_BE_REPLACED 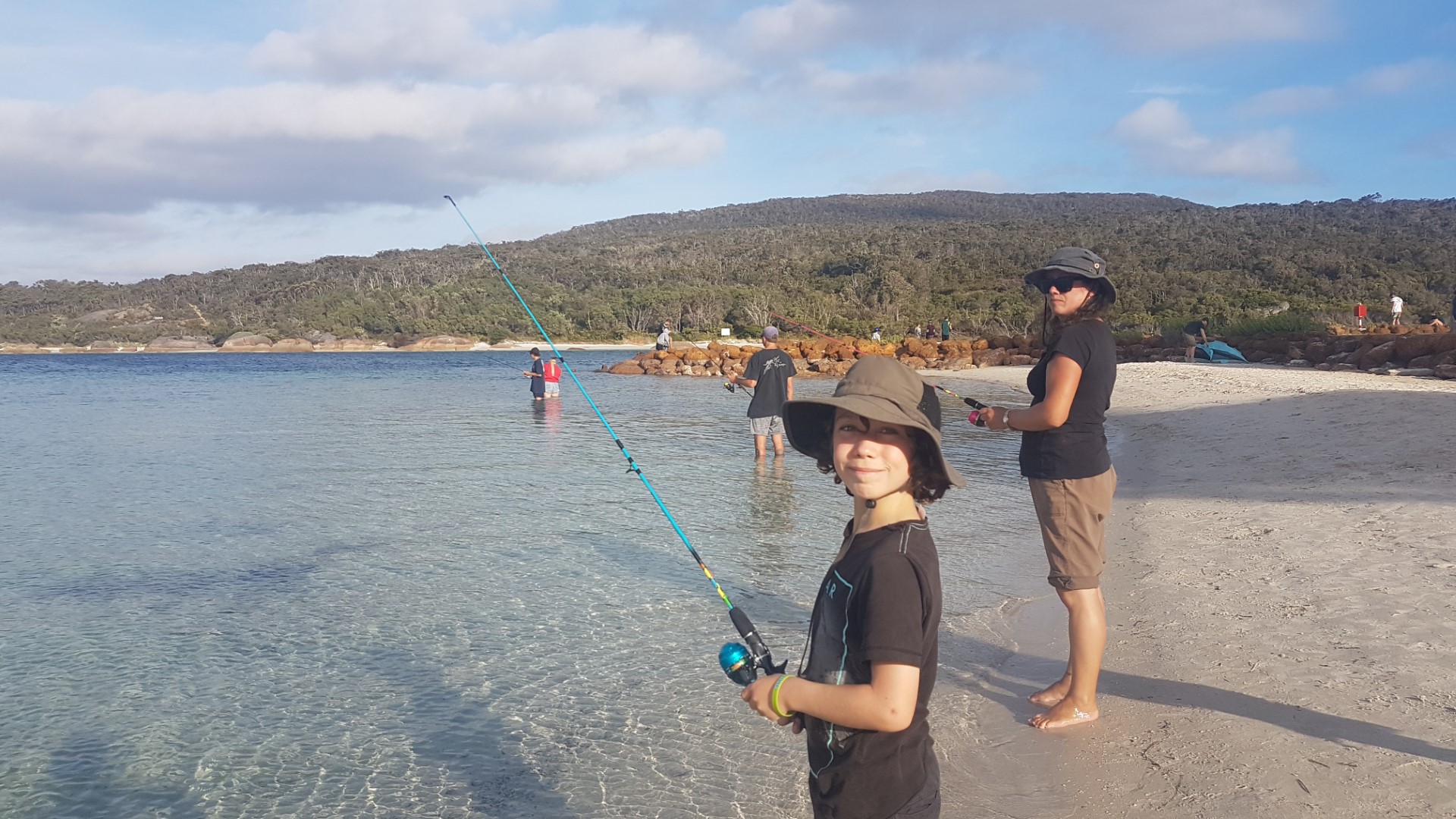 Today we visit the National Anzac Memorial, which is here in Albany, who knew? Not me! We arrive early and I overhear that a tour of the grounds leaves at 10, that’s in about 20mins. While waiting the kids go berserk in the naval park, firing anti-aircraft guns at each other, ah sibling love! At 10 we turn up for the tour. I’d love to say it was great, but it wasn’t. The tour was given by a local volunteer, a really nice old bloke, but not really telling a coherent story. It was a little awkward at moments.

After this we go into the Anzac Memorial building, we get our audio devices and our card with the “Anzac” we need to follow through the war. All of this here due to the country (and NZ) sending 40,000 troops off to Europe during WWI, with the last docking of the convoy in Australia being Albany.

Given it is really just static exhibitions with lots of reading the kids do much better than I expected staying engaged. The fact that we are meant to follow the story of the person on their card, and the audio devices helped here, even if Caitlin didn’t really know what she was listening to.

After this, back to the van for a quick break.

Santa has brought the kids fishing rods for Christmas. You should see the looks I get from some other Dads when I’ve informed them the kids haven’t yet gone fishing. You’d think I haven’t fed them. Anyway….

So today’s the day. We spend 15mins driving about Albany to find somewhere that sells bait, then off to a place called Emu Point. I’m just not into fishing, never have been, so Justine sets to work with them. I’ve given the kids 30mins before they’re over it. To their credit they spend the next two hours casting and reeling in. I have to say, at no stage was any fish likely to be harmed in this process.

But they had fun and stuck it out, and no one got a hook stuck in their fingers (more luck than good judgement), although Caitlin’s dress did get snared at one point. So all in all, I’d call that success.

Back to the van and it ends up being a really cold night. We dig out our stored clothing to get hoodies and trackies. 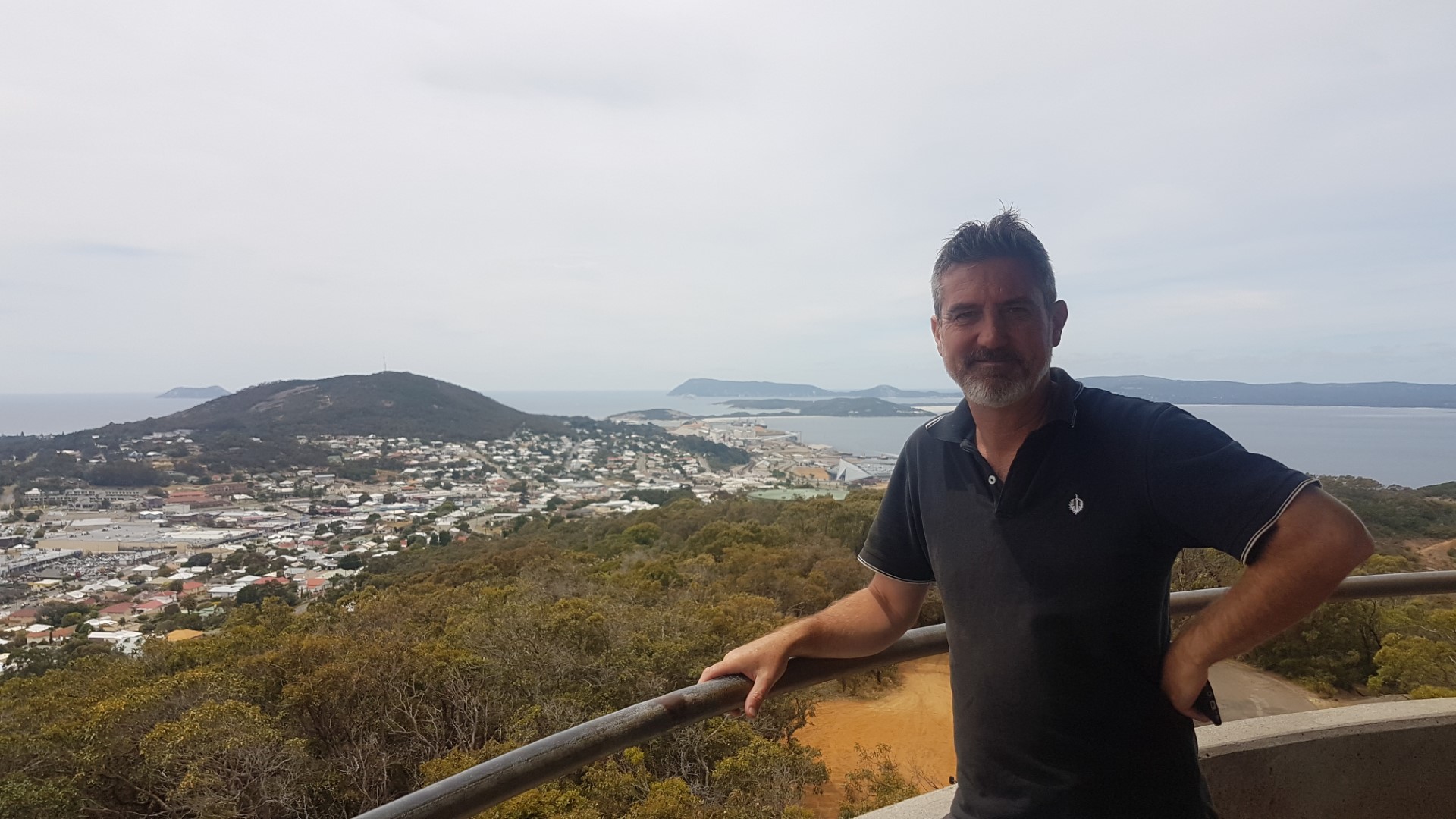 A slow start. The Brissy family pack up and leave. They are going clockwise so we won’t see them again.

END_OF_DOCUMENT_TOKEN_TO_BE_REPLACED 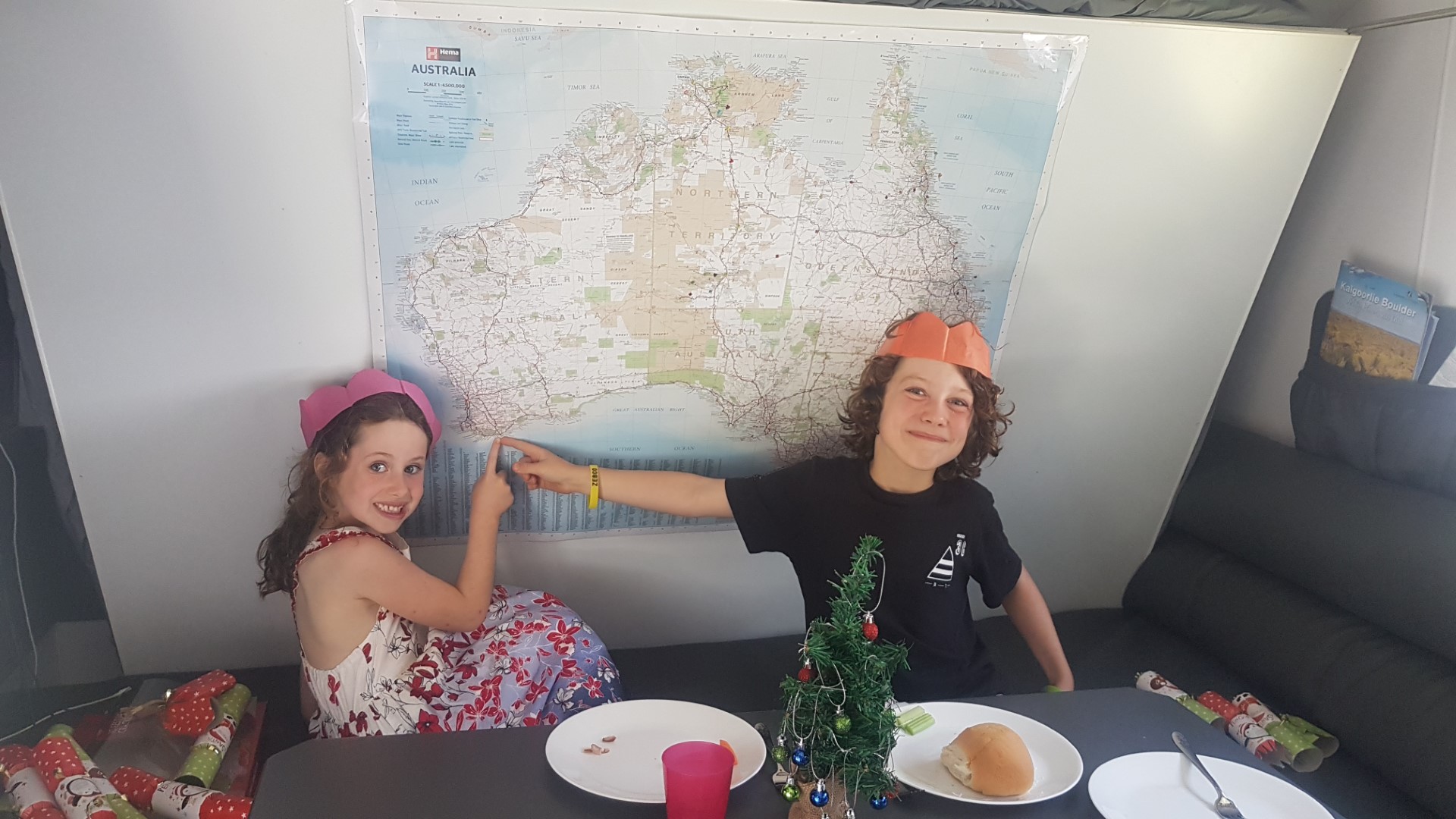 Up very early (after a stupidly late night). Our kids are OK, but a large extended family group spread throughout the park seem to want to show each other their presents at 6am! I kinda expected something like this, although it doesn’t make it any more pleasant at the time.

END_OF_DOCUMENT_TOKEN_TO_BE_REPLACED 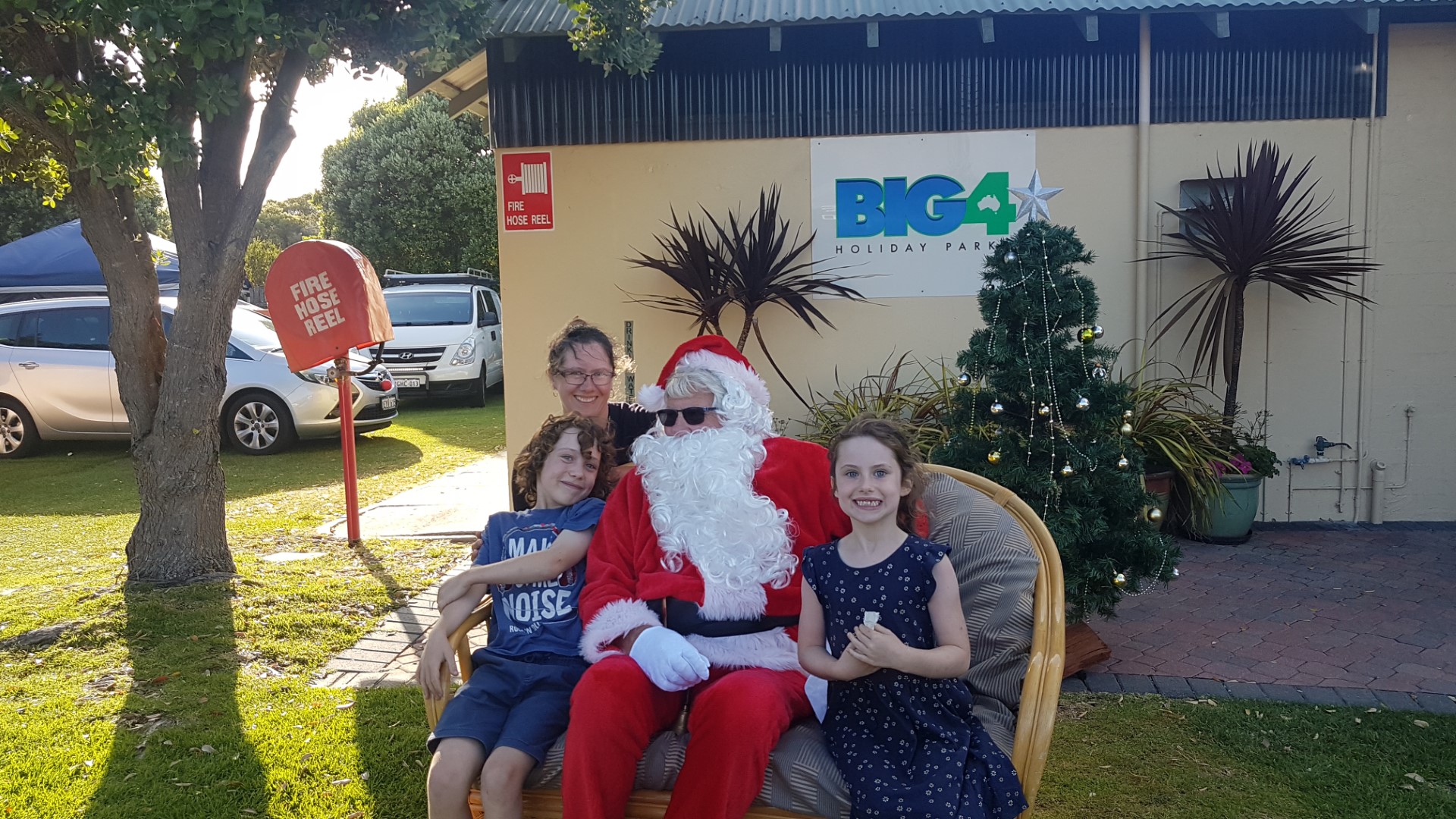 Christmas Eve. About 120km to Albany.

We were able to drive into the site yesterday through another site, but that’s now full, there is a water tap right in the middle of the site, so getting out is going to be tricky. Ether the tap or the tent near to us are in serious risk.

END_OF_DOCUMENT_TOKEN_TO_BE_REPLACED 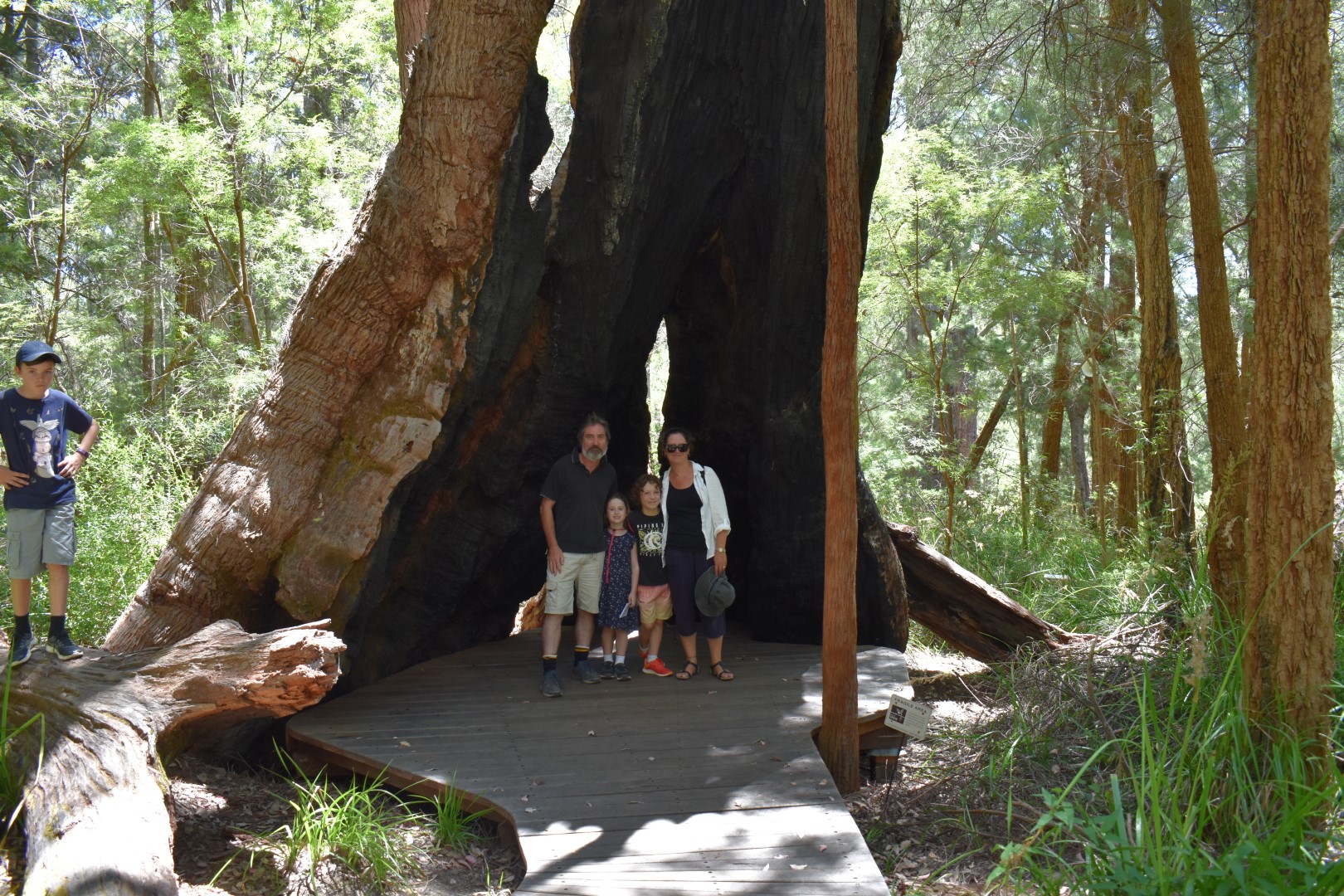 Should be an easy day. We’ve only got a little over 120km to do.
As we leave we take a few more happy snaps of the gnomes…..Still Odd.
There’s not a lot between here and Peaceful Bay, in fact the only town we go through is Walpole.

END_OF_DOCUMENT_TOKEN_TO_BE_REPLACED 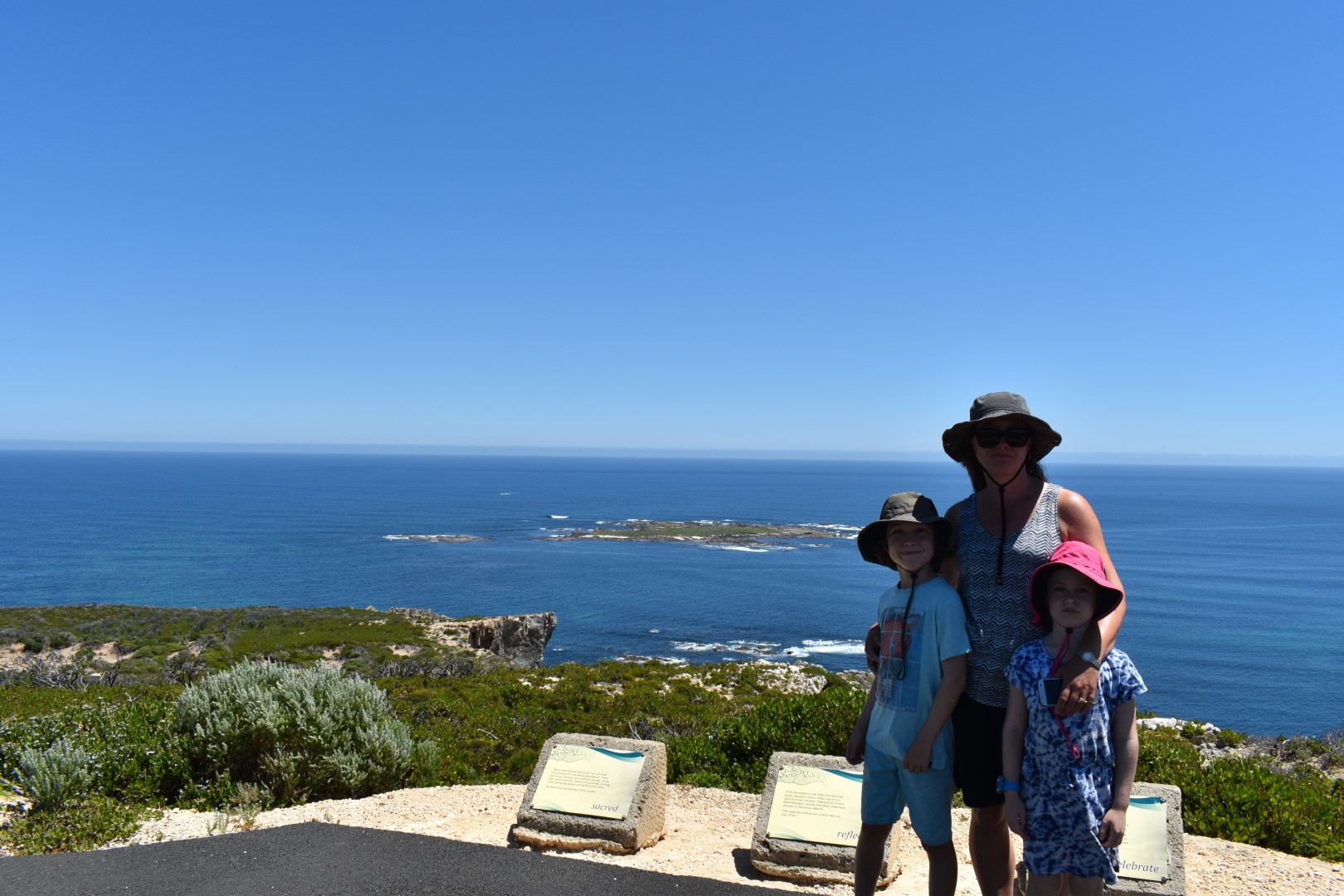 I’d planned, much to Justine’s amusement/horror, pretty much every day of this trip from the start at Forster, through to Perth. I’d allowed some “free days” to either rest up or if we found something new. But from Perth I hadn’t really bothered, as I was never sure we’d be on schedule. Oddly enough we are pretty much 100% on schedule, really only out due to lack of Xmas accommodation at Esperance.