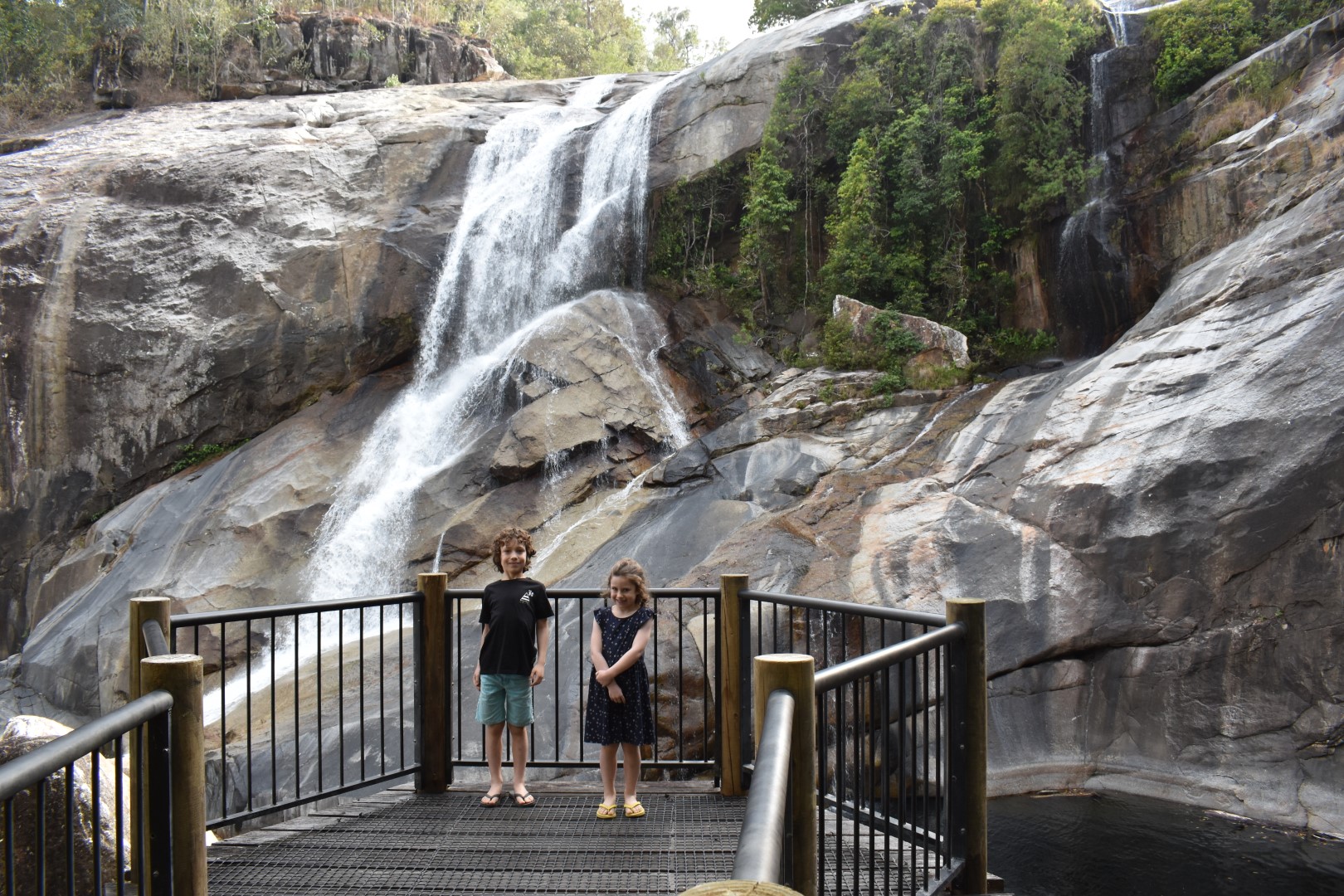 Wake at about 6:30 to the soothing rumbles of a damn truck, pumping out the septic tanks. Ah how’s the serenity?

We have breakfast and another chat with our fellow campers. Given the swimming hole is a 600-700m walk and we need to be out by 11, we elect to pack up and drive closer to the swimming hole for a morning dip, then a quick getaway. The water is a bit fresher this morning, but still a great swim.

There a quite a number of fish in the swimming hole, and a lot of march flies as well, The kids have a great time swatting the march flies and feeding them to the fish. It’s a pretty easy meal for the fish.

From here we drive a bit inland to Paronella Park. You can go to their website to get all the details, but is a strange mix between a theme park, historical ruin, botanical garden, tourist attraction and I can’t quite figure out what is the main attribute? Built in the 1930 by Jose Paronella and his family. While having had a long heyday, it was hit several times over the next few decades by the occasional flood and was ultimately abandoned in the 1970s. It was purchased by the Evans family in the 1990’s and it now seems to be a thriving attraction again.

After dinner at the pub (interesting also owned by the Evans!) we go back for a night time tour, seeing the water falls and building lit up was pretty special.