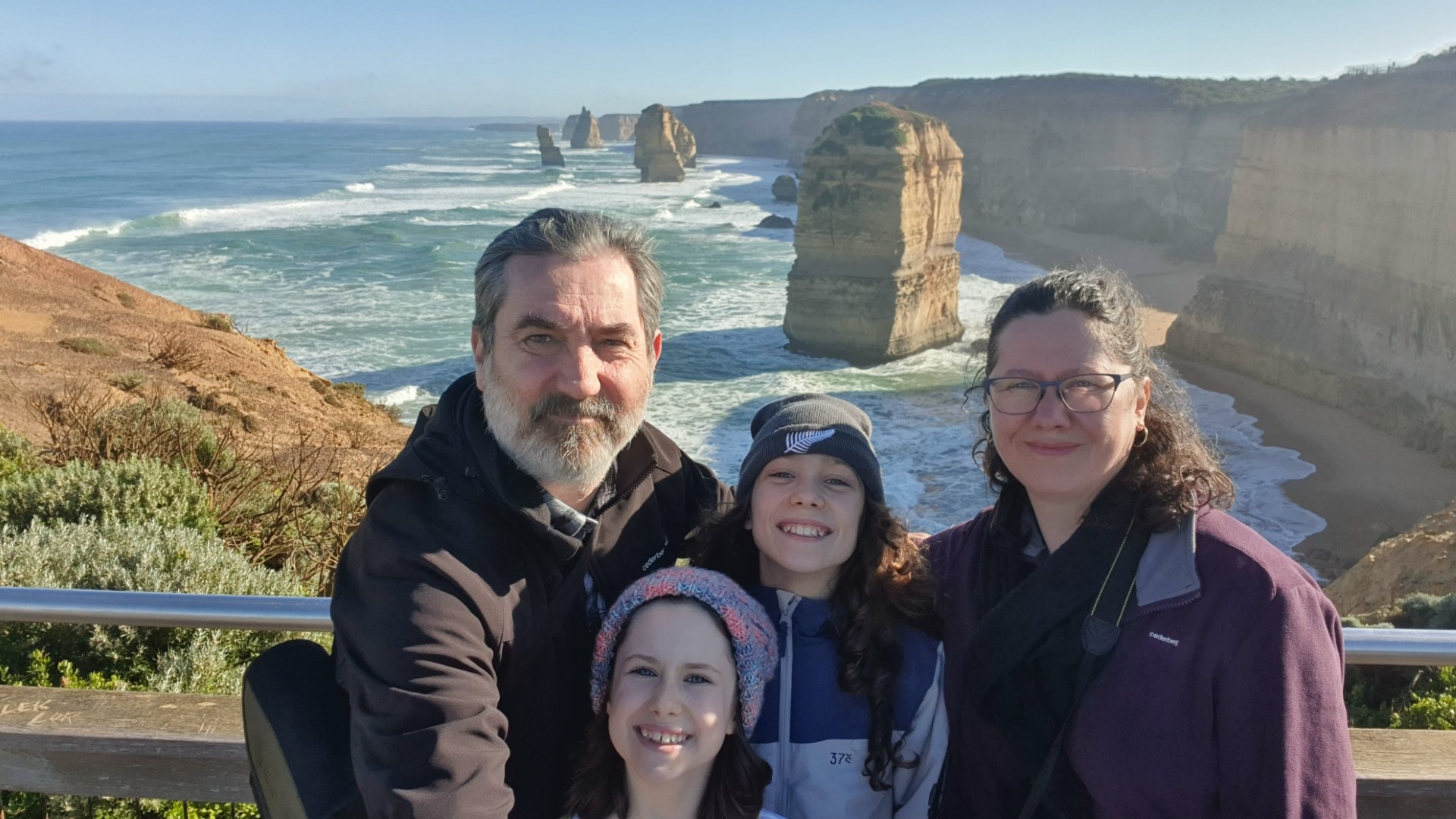 It a pretty cold night, but warm enough in bed, so it makes getting up pretty hard.

Breakfast and I walk up to the information centre at 9, (it’s only at the entrance to the caravan park).  I must be the first person of the day and the guy behind the counter was great.   Basically said the light makes the difference, so go early or late in the day.  He pointed out some obvious stuff and said comeback tomorrow morning and we can go over anything we missed.

It looks like we’ll have an absolute cracker of a day, sunny skies, calm seas and not too much wind.   It is bloody cold though.

Right.  We start heading east towards the 12 apostles, just east of this is the Gibson steps that take you down the cliffs to the beach, I know tides are an issue, and the visitor centre dude said once on the beach you need to walk around a headland and tides can block that off.     So as per the instruction we park at the 12 Apostle car park and start the 1.1km walk to Gibson steps, once we get there we find there is in fact a car park here too!  Grrr.  Anyway we look down, the low tide was around 6am, it’s now 10.  We decide not to risk it, the tide is about a hour later tomorrow and we’ll start off a bit earlier too.

Back to the 12 Apostle and we walk under the highway and get our first view.   It is pretty special, in the soft morning light they look great.  The main viewing platform is huge and a reminder of what it must be like here in high season, particularly with the coachloads of overseas tourists before Covid.

Then over to Loch Ard Gorge, The first couple of lookouts, Razorback and Island Arch are spectacular, but then we see the walkway down to Loch Ard Gorge itself.  Initially Justine wasn’t keen as it seemed to be a lot of stairs, but in the end it was not that many (the kids counted 79), but the payoff was huge this narrow heads that opens up into this larger “bay”.  The waves rolling into this super clean beach between these huge cliffs.   As the kids were running around and chasing waves as they do, we see this huge wave buffet against the gorge and bounce off, it  a wall of water that must be over 20mts high crashes across the headlands “wow”.   Over to Mutton bird lookout and then a walk to Thunder Cave to finish off this section.

Back to the van for some lunch and a bit of a rest.  Then we head west, we decide to drive all the way back through Peterborough (the 2nd Peterborough we’ve been too) and out to Bay of Islands, the furthest of the features, when we’ve had enough we can drive back to the van and back track tomorrow.   It’s close to 3pm when we hit the Bay of Islands and the sun is starting to set, so as the lookout is on the eastern side, it rather bright and not that easy to see.   We pull into a small side road,  so not one of the official sites and find a small beach (worm bay?)  which we watch the waves for 15min or so.   From here to “The Grotto”, it would seem at this time of year hardly any sun would reach the bottom.   We drive to London Bridge, and fortunately the sun is hitting it at the right angle and it is lit up perfectly.   Like a lot of the sea around here the way the waves move around the formations is mesmerising, you could watch it for hours.   Our final stop is at “The Arches”.

The whole day has been fantastic, each site has had its own spectacle.

Having said that it’s been a full on day, the walk to Gibson Steps was 2.2k return, most of the lookouts would be at least 500+ metres each, so we’ve probably walked over 10km today (and my legs are still suffering from yesterday’s ride).  As we head back to the van park the sun is setting.  I can’t resist and plan to go back to the 12 Apostles for a sunset viewing, the kids have had enough, so I drop them and Justine back at the van and head over myself.   Driving the 10km there, I’ve got nothing in my rear vision mirrors but sun, I’ve got no idea how any oncoming traffic can see!

I arrive at the parking area, it’s busier than it was this morning and race to the viewing area, Last thing I’d want to do is come all this way and miss it.   I catch the last of the sun, and it’s pretty special.